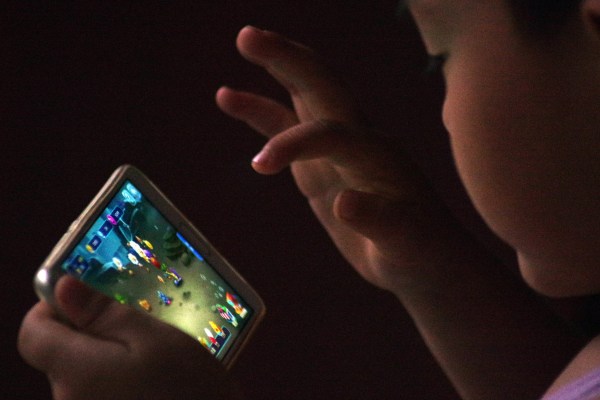 Hello and welcome back to TechCrunch’s China roundup, a digest of recent events shaping the Chinese tech landscape and what they mean to people in the rest of the world.

The enforcement of China’s new gaming regulations is unfolding like a cat-and-mouse game, with the country’s internet giants and young players constantly trying to outsmart each other. Following Didi’s app ban, smaller ride-hailing apps are availing themselves of the potential market vacuum.

The Chinese saying “Where there is a policy, there is a countermeasure” nicely encapsulates what is happening in the country’s tightening regulatory environment for video games. This month, China enacted the strictest rules to date on playtime among underage users. Players under the age of 18 were startled, scrambling to find methods to overcome the three-hour-per-week quota.

Within days, gaming behemoth Tencent has acted to root out these workarounds. It sued or issued statements to over 20 online services selling or trading adult accounts to underage players, the company’s gaming department said in a notice on Weibo this week.

Children were renting these accounts to play games for two hours at a few dollars without having to go through the usual age verification checks. Such services “are a serious threat to the real-name gaming system and underage protection mechanism,” Tencent said, calling for an end to these practices.

China has mainly been targeting games that are addiction-inducing or deemed “physically and mentally harmful” to minors. But what about games that are “good” for kids?

When Tencent and Roblox set up a joint venture in China in 2019, the speculation was that the creator-focused gaming platform would give Tencent a leg up in making educational games to inspire creativity or something that would help it align better with Beijing’s call for using tech to do more social good. As we wrote earlier:

Roblox’s marketing focus on encouraging “creativity” could sit well with Beijing’s call for tech companies to “do good,” an order Tencent has answered. Roblox’s Chinese website suggests it’s touting part of its business as a learning and STEM tool and shows it’s seeking collaborations with local schools and educators.

If Roblox can inspire young Chinese to design globally popular games, the Chinese authorities may start regarding it as a conduit for exporting Chinese culture and soft power. The gaming industry is well aware that aligning with Beijing’s interests is necessary for gaining support from the top. Indeed, a member of the Chinese People’s Political Consultative Conference, an organ for non-political spheres like the business community to “put forward proposals on major political and social issues,” said in June that video games are “an effective channel for China’s cultural exports.”

The case of Roblox will be interesting to watch for reading Beijing’s evolving attitude toward games for educational and export purposes.

Didi has had many rivals over the years, but none has managed to threaten its dominance in China’s ride-hailing industry. But recently, some of its rivals are seeing a new opportunity after regulators banned new downloads of Didi’s app, citing cybersecurity concerns. Cao Cao Mobility appears to be one.

Cao Cao, a premium ride-hailing service under Chinese automaker Geely, announced this week a $589 million Series B raise. The round should give Cao Cao ammunition for subsidizing drivers and passengers. But amid the government’s spade of anti-competition crackdowns, internet platforms these days are probably less aggressive than Didi in its capital-infused growth phase around 2015.

The app ban seems to have had a limited effect on Didi so far. The app even saw a 13% increase in orders in July, according to the Ministry of Transport. While people who get new phones will not be able to download Didi, they still are able to access its mini app run on WeChat, which is ubiquitous in China and has a sprawling ecosystem of third-party apps. It’s unclear how many active users Didi has lost, but its rivals will no doubt have to shell out great incentives to lure the giant’s drivers and customers away.

Venture capitalists are pouring money into China’s direct-to-consumer brands in the hope that the country’s supply chain advantage coupled with its pool of savvy marketers will win over Western consumers. July saw PatPat, a baby clothing brand, raise a sizable $510 million raise. This month, news came that up-and-coming DTC brand Cider, which makes Gen Z fast fashion in China and sells them in the U.S., has secured a $130 million Series B round at a valuation of over $1 billion. The news was first reported by Chinese tech news site 36Kr and we’ve independently confirmed it.

DST Global led Cider’s new round, with participation also from the startup’s existing A16Z, an existing investor and Greenoaks Capital. Investors are clearly encouraged by Shein’s momentum around the world — its new download volume has surpassed that of Amazon in dozens of countries and is often compared side by side with industry behemoth Zara. Unlike a pure internet firm, export-oriented e-commerce has a notoriously long and complex value chain, from design, production, marketing and shipment to after-sales service. Shein’s story might have inspired many followers, but it won’t be easily replicated.